On the eighth of March 1978, with Take a Chance on Me by ABBA sitting at the top of the charts, a few weeks after then opposition leader Margaret Thatcher said that many Britons feared being “swamped by people with a different culture”, with the Yorkshire Ripper haunting the dreams across the country, some people needed some distraction. Some of those turned to BBC Radio 4 FM. And some of those would have tuned in rather late at night (half ten to be precise). They could have been watching (a recording of) Dave ‘Boy’ Green fight for the Commonwealth Welterweight Championship on Sportsnight on BBC One.

But they weren’t, they were listening to the first ever broadcast of the first ever fit of the first radio series of The Hitch-hiker’s Guide to the Galaxy. And 40 years later, with a new series in the offing, we’ve decided to tell you how that didn’t include any of us. 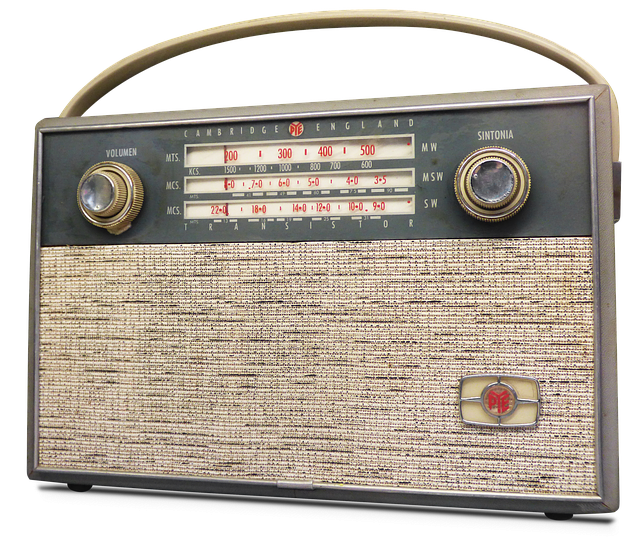 Only Jon B was born, and at two he still hadn’t worked out how to turn over from the boxing. So that dark early spring night that was not how we first discovered Hitchhikers, but given that everyone else is at it, we’ve decided to tell you the stories of how we did enter its universe anyway.

It’s late, mom’s out and ten year-old me is getting away with staying up with my dad by sitting very still and willing him with no little mental effort to forget he hasn’t put me to bed yet. I remember lots of TV from those invisible nights laughing with my Dad, one of them being a show that had the most amazing, and most awful effects. The soothing yet bemused voice of The Guide, the English whining of DentArthurDent, and my favourite, Zaphod Beeblebrox, not just a funny name but a template for the person I aspired to be.

As a teenager I found the books and fell in love with the writing. Its logical rollercoasters, left-hook punchlines, and seeming vast wisdom about how things actually worked. Adams’ authorial voice was the same as the guide’s: bemused wisdom, scolding in places but essentially hopeful. Everybody in HGTTG is flawed in some way. But ultimately that is a message of hope. Our flaws are not individual traits, or even merely species wide, but they’re characterics of sentience itself. That we are we can choose to try and rise above these flaws or even indulge them utterly. We are insignificant enough to live as free as we dare, to fling ourselves to the ground and miss. And if we really try, we could even get a word or two in the book.

I was a drama kid, growing up. I was part of a youth theatre group that rehearsed in a methodist church in Birmingham. It’s where I met my first crush, where I understood the rush you get when you make an audience laugh, and it’s the source of some of my most embarrassing memories, never to be spoken aloud.

As well as making good friends, the group opened me up to two important discoveries, both of which first aired on BBC Radio 4 in the 70s. One was the self-styled antidote to panel games, I’m Sorry I Haven’t a Clue (the prequel to which my drama friends introduced me to in later years); the other was The Hitchhiker’s Guide to the Galaxy.

I couldn’t have been much older than 16, but I remember standing at the kitchen sink, doing the washing up, with the kitchen radio-cassette-player turned up and side A of the first of six tapes in the drive. (I don’t think we called them drives then. Drawer? Sleeve? It’s not important.)

I knew from the get-go that this show was a lot smarter than I was. It would be years until I’d get some of the references or be able to unwrap certain phrases to get at the funny nuggets inside. But somewhere in-between Prosser’s “you’ve got to build bypasses” and Peter Jones explaining how a character would end a scene 10 seconds hence, I knew I was going to enjoy myself. The dishes flew by. (This is a metaphor.)

Writing this, I’m thinking back on that feeling of listening to a show pitched a little above my head. I don’t feel like programmes are written like that anymore, certainly not for the radio (although I haven’t kept up with Radio 4 since, well, ever, really). Adams, writing as “the Book”, feel more like they were meant to be read, not listened to. His usage of subclauses feels much more literary than is right for a comedy show. And of course, there’s no laugh track. Chances are, since you’re reading this, you’ve heard at least a little of the radio show or seen a bit of the TV series, so that isn’t a surprising revelation, but it must have been strange to have heard that dryly delivered intro for the first time, being used to radio dramas or books-at-bedtime, where the jokes were few, far-between and stale.

Fast-forward a few weeks and I’m playing Crystal Caves - an ancient DOS game - and listening to the series for what is probably the third or fourth time. (Remember free time? Or weekends where you didn’t have any commitments, and could just fart around for 12 hours and pack in a couple of meals in-between?)

My brother, no intellectual slouch but not a big reader and certainly not a listener of radio shows (there’s a “to” missing somewhere there… I’ll find it later) was treated to an episode or two and I think it grabbed his attention a little… I remember both the allusions to Jesus and evolution being two things that made him quirk a sardonic eyebrow (him being at the age where laughing at anything would demonstrate an unforgivable lack of cool).

Skip forward seven years or so, and it’s the day after New Year’s Day. I have a CD-radio (a DAB one, no less) and I’m listening to the box set, including the newly-recorded “phases”. In the preceding years, I’d walked to work or to the shops and actually listened to them as they were being broadcast, but now I had the lot, and I was sat in my brother’s old bedroom (now mine), playing Half-Life 2 on the Xbox.

That memory is one of my most cherished, and I think it’s because it represents a shift from childhood to adulthood. I wouldn’t know it yet, but I was about to get my first proper job (as in, one where the company actually pays tax and I have to negotiate PAYE), leave home and buy a flat, look after my own pets, and iron things.

But right then at that moment, none of that was on the horizon. I had a little freelance business that I was going to try and build up, I’d just had a very pleasant Christmas and I was still on holiday, and all I had to do was finish this game and listen to Arthur, Ford, Zaphod, Trillian, Marvin, and the Book.

It’s now 12 years later, and I’m running a Hitchhiker’s podcast. Adams’ world never left my imagination, so when I started listening to the audiobooks the year previous - having enjoyed them in dead-tree form many moons ago - I hit upon the idea of disassembling his world, and putting it back together in alphabetical order. It feels like something a character might do to make sense of the world. I can see an Adams-created godlike figure, rearranging planets so their distance from the sun matches their position in the alphabet, reading havoc on their tides and making it impossible to know how much something weighed.

Beware of the Leopard is a celebration of a universe that’s nourished me for nigh-on two decades, and a way for me and my friends to make each-other laugh. We’re sometimes critical, but there’s a deep undercurrent of love for his work that you can feel in every episode, even when we’re skipping over the name of some obscure alien species because it was part of a rule-of-threes joke, but it has to have a mention because otherwise why do anything? (I’m said to have never let fun get in the way of the rules).

And while it’s a wonderful way to spend an hour a week with dear friends, I still want to be that man-boy, sitting on his office chair in his brother’s old room, playing Half-Life 2 listening to my favourite show, and knowing that this will always be how it is.

I came to Hitchhikers first via the book and although I do like all of the other incarnations, the novels are the best for me. I do now ‘see’ Simon Jones when I’m re-re-re-reading though, based on watching repeats of the TV show around games in the 1986 World Cup on a black and white portable.

A lot of people aren’t impressed with the fifth book in the trilogy, but Mostly Harmless is a fantastically philosophical work about perception and our realities. It also features Elvis and his pink spaceship, and some great jokes about in-flight entertainment. It’s probably the most fully-realised part of the whole universe and my favourite.

I haven’t left the universe entirely ever, being 42 is a constant reminder, as is the reading we had at our wedding: a bit from So Long and Thanks for All the Fish where love opens Arthur’s eyes to a new feeling, that of not being self-conscious.

But our podcast has not only reminded me of how great HHGTTG is, but how relevant it’s obsessions are to 2018: tech’s impact on our lives and our place in the world. Oh, and bureaucracy, there’s always that.

You’d need a brain the size of a planet to calculate the improbability of me finding my way to The Hitchhiker’s Guide to the Galaxy. I missed Hitchhikers when it was in any way “current”: the radio shows and the novels were already full flow before I was born and I was still in nappies when the TV show was broadcast.

I found the TV series first because a friend’s dad or big brother had shown the presence of mind to tape it (on what must have been a repeat broadcast as it was the mid-80s). I then found the books one by one, and in the wrong order, on trestle tables at car boot or jumble sales. At some point on that timeline I also played the text adventure on a friend’s computer and found its slight diversions from whatever I had decided was canon to be a source of frustration (I guess a seed of fan entitlement had already begun to germinate in my brain by this point). It was all around me, like eddies in the space-time continuum, disturbances in the wash. And piece by piece it settled on me.

All along the line the journey was thanks to the gifts of others—friends who taped shows, strangers who got rid of books—and now the wonderful gift of my friends letting me dive back in to the galaxy with them, jumping on the unexpected Chesterfield of our podcast and riding it all the way to Lords Cricket Ground.

We genuinely are interested in your ‘first Hitchhiker’s‘ too. Hiit us up on Twitter (@BTLpodcast) or email feedback@btlpodcast.com.